This is especially important during winter when they have to hibernate due to the freezing temperatures that result in their ponds being covered by ice.

Turtles survive in ice-covered ponds through their butts that help them to breathe.

However, they also breathe through the nose and the mouth.

For How Long Can A Turtle Breath With Its Butt?

A turtle can breathe through its butts only when it is hibernating.

As a result, the rate of metabolism is significantly reduced to preserve energy for vital both functions.

Cloacal respiration cannot supply all the energy required by an active turtle.

Depending on the activity level, an active turtle can breathe through its butt for around 4-7 hours when sleeping.

On the other hand, an active turtle has to come out of the water every 10 to 30 minutes.

The level of stress also affects how long a turtle can survive by breathing through its butt.

For instance, a turtle trapped in a fishing net can rapidly deplete its oxygen within minutes and drown.

The Mechanism of Butt Breathing

As already mentioned, some aquatic turtles can breathe through their butts.

However, the mechanism isn’t the typical breathing but more of an oxygen-absorbing process.

In addition, turtles have a cloaca that serves several functions, including laying eggs, mating, breathing, peeing and pooping.

Some species of turtles have specialized structures called cloacal bursa.

The bursa has a rich supply of blood to allow the absorption of oxygen.

In other species, there are several ridges or vents which further improve oxygen absorption.

In addition, the cloacal muscles expand and contract rhythmically to draw and expel water out of the cloaca.

During butt breathing, the cloaca of turtles absorbs oxygen from the water moving over the turtles’ bodies.

In addition, the cloaca has many blood vessels, which makes cloacal respiration efficient for supplying essential oxygen.

The oxygen from running water is absorbed by diffusion.

This oxygen is only used to maintain essential body processes during brumation or hibernation.

As oxygen is absorbed from the cloaca, there is simultaneous diffusion of carbon dioxide from the turtle’s cloaca into the flowing water.

Oxygen acquired from flowing water is enough for survival, but suppose things get more challenging, turtles switch to anaerobic respiration.

However, anaerobic respiration is limited by the accumulation of waste products like lactic acid.

How Much Can Turtle Breath Through the Butt?

It usually varies from one type of turtle to another, but it is generally greater than 20%.

For instance, Billy’s little turtles don’t do well when you don’t allow them to come up for air.

There are some exceptions for turtles with small shells.

The Bum breathing or Australian White-Throated Snapping Turtle can acquire almost 70% of its oxygen through its butt.

Unfortunately, it is one of the endangered animal species and doesn’t survive for long.

Scientists have proven that turtles breathe through their butts.

First, they confirmed this scientifically by placing some food coloring in the water near them.

Then, they realized that these organisms were drawing water from both ends.

Sometimes, they drew more water from their hind ends.

Why Do Turtles Breath Through Their Butts?

During winter, there is ice on the water surfaces, which makes life a bit harder for aquatic animals like turtles.

In winter, most turtles spend most of their time underwater, but still, they get enough oxygen.

The ability of turtles to survive underwater is influenced by how cold weather affects their metabolism.

The rate of metabolism in turtles depends on environmental temperature.

Therefore, the heart and respiratory rates drop, leading to a decrease in energy and oxygen requirements.

During winter, turtles enter brumation, which is similar to hibernation in mammals.

During this stage, turtles don’t need a lot of oxygen.

However, they cannot get the little oxygen they need by normal breathing.

Thus, they have adapted to breathing through their butts.

This process is technically called cloacal respiration and is not similar to the breathing they do above water.

The other reason why turtles breathe through the butt is that they don’t have ribs.

Without ribs, which expand and contract, they have limited use for lungs.

Contrary to many mammals, turtle muscles pull their body outwards towards its opening to allow it to inhale and exhale.

Other muscles squish the gut of the turtle against the lungs to make it breathe out.

Although turtles have a lot of respiratory adaptation, they can drown when stuck in the water.

To enter hibernation, the temperature must be cold enough; otherwise, the need for oxygen will draw water into its lungs and lead to drowning.

Turtles can also asphyxiate underwater when all their stored oxygen is depleted.

Stress can also cause drowning.

As the turtles struggle to eliminate the stressing factor, it consumes all the stored oxygen leading to a buildup of lactic acid and subsequent toxicity.

If the turtle can’t reach the water surface to catch a breath, death will be inevitable.

Other Than Butt Breathing, How Do Turtles Breath?

Turtles can also breathe through the nares above their mouth.

The inhaled air passes into the lungs by passing through the glottis into the trachea.

From the lungs, oxygen is distributed into all body parts.

However, the shell has muscles that contract and relax to move air in and out of the turtle’s lungs.

The movement also aids in breathing by altering lung pressure.

For How Long Can Turtles Hold Breath in Water?

Turtles hold their breaths in water for extended periods.

While some turtles have breaths for 30 minutes, others like sea turtles stay underwater for hours without coming out to take a breath.

In summary, turtles have adapted to butt breathing during winter.

Butt breathing occurs because oxygen and energy requirements are low during winter.

Therefore, the less oxygen required can quickly be supplied by butt breathing. 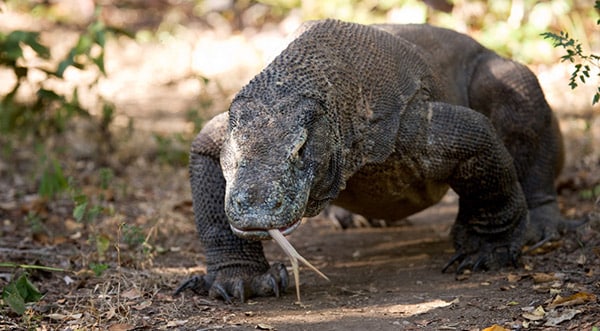