Many people love reptiles and want to keep them as pets in their homes.

This has led to an uptick in people purchasing lizards and snakes such as iguanas and boas.

However, more adventurous people may find themselves interested in owning a reptile much larger in size.

The Komodo Dragon is one such creature that has captivated reptile lovers for years, although owning one isn’t for the faint of heart.

Contents show
Can You Own a Komodo Dragon as a Pet?
The Dangers of Keeping a Komodo Dragon
How much does it cost to buy a Komodo dragon?
Monitor Lizards as Pets
Respect and Admiration

Can You Own a Komodo Dragon as a Pet?

The short answer is no.

While these majestic lizards are incredible to look at, they are an endangered and protected species.

This makes it illegal to remove them from their natural habitat and trying to do so without explicit government approval can get you in a lot of trouble.

That being said, this hasn’t stopped black-market wildlife traffickers from selling them in the United States.

An investigation by David Hanckock from CBS News found that traffickers were offering Komodo Dragons for the steep price of $30,000.

If this wasn’t enough, US Fish and Wildlife Inspectors also reported that nine out of every 10 trafficked animals die during transit, making their abduction for nothing.

Komodo Dragons require very specific care, and they can also be quite large and dangerous.

Because of this, they are not something that can easily be transported, and trying to do so under the radar can result in them dying, bringing their already dwindling numbers down even lower.

In fact, authorities in Indonesia actually considered closing Komodo Island to visitors as they felt that people were interfering too much with the Komodo’s natural behavior.

This includes impacting their mating habits, which are essential for ensuring that this species can continue surviving.

Authorities were also hoping that the closure would help protect the Komodo Dragons from smugglers.

From 2016 to 2019, an estimated 41 dragons were stolen off the island in seven smuggling events.

These smugglers would take the hatchlings after killing the mothers and then sell them as mentioned above.

However, eventually, it was decided that Komodo should stay open after an outcry from the public.

Although the island remains open to tourism, this event shows how important the protection of these lizards is.

As of 2020, it was estimated that only 6,000 Komodo Dragons are left in the wild, and while it may be tempting to want one as a pet, the protection of their species is of the utmost importance.

The Dangers of Keeping a Komodo Dragon

Hypothetically, let’s look at how a Komodo Dragon would fare as a pet if owning one was legal.

Komodo Dragons are a member of the monitor lizard family and they are native to four Indonesian islands.

Because of their size, these lizards are considered apex predators in their natural habitats and they hunt all manner of animals including birds, invertebrates, and mammals.

If their size wasn’t enough, they also have venomous bites which have been found to be similar to those of Gila monsters and snakes.

This venom, which stems from two glands in the Komodo’s mouth, can cause a dramatic drop in blood pressure and send victims into a state of shock.

The venom also possesses an anticoagulant that stops the blood from being able to clot.

This is why Komodo Dragons will often attack prey and then let them go, as the animal will soon be rendered immobile from shock and bleed out.

While they are fascinating to watch and admire, they are fierce creatures that would be difficult to keep as pets.

They have been known to attack humans, and one attack from your pet could easily do you in.

How much does it cost to buy a Komodo dragon?

Again, it is illegal to own a Komodo dragon as a pet.

That being said, this hasn’t stopped black-market wildlife traffickers from selling them in the United States.

An investigation by David Hanckock from CBS News found that traffickers were offering Komodo Dragons for the steep price of $30,000.

Although you might not be able to keep a komodo dragon as a pet, there are other members of the monitor lizard family that can make great pets.

If you have your heart set on owning a large lizard, any of these three monitors would make a great candidate.

While they may not be Komodo Dragons, they are well adjusted to living as pets and they are much safer to care for.

This includes understanding how to set up and maintain their enclosures, providing them with the correct diet, and providing any unique care that each may need.

For instance, not many vets may specialize in the care of monitor lizards, so finding health care for them may be difficult.

As a reptile lover, it’s hard to look at the Komodo Dragon and feel a sense of awe.

As the largest lizard on earth, Komodo’s are fascinating and it’s natural to want to keep one for yourself.

However, it’s important to learn to respect and admire these animals as they are in their natural environments.

If you do want to own one, in a sense, you could consider symbolically adopting one through the World Wild Life Fund.

Programs like this enable you to help conservation efforts so that these magnificent lizards can continue to live on for future generations to enjoy.

If you really want to bring a large lizard into your home, you should instead consider adopting any of the above-mentioned monitors, all of which make phenomenal pets.

While they may not be Komodos, they can be just as incredible and majestic. 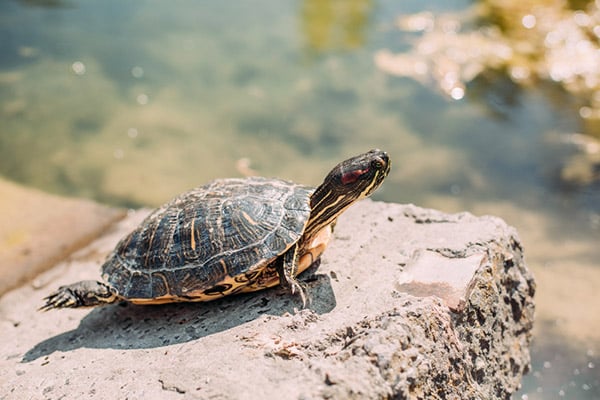