Wondering if geese really have teeth? You’re not alone.

When you look at the goose’s beak and tongue closely, you’ll see it has some tooth-like structures.

However, these aren’t teeth.

There’re many myths and misconceptions about goose teeth, and we’re going to uncover some of them here.

Geese are birds and therefore don’t have teeth.

Humans and other mammals have teeth covered by a hard substance called enamel.

Contents show
Are Geese Teeth Really Teeth?
Are Tomia Sharp?
What Do Geese Use Tomia For?
Are Geese Aggressive?
Do Geese Attack People?
Do Geese Bites Hurt?
Do Geese Have Predators?
How To Avoid A Goose Attack
Don’t feed them
Restrict your children
Don’t intimidate them
Don’t turn around
How Do You Defend Yourself in Case of a Goose Attack?
How Do You Scare Away a Goose?
Surprising Noises
Use visual moving ornaments

Geese’s teeth are not real teeth, but tomia.

Unlike mammal teeth, which separate body parts, this hard, spiky cartilage is part of the tongue and beak.

These long, saw-like rows of teeth don’t have any enamel.

Therefore, they’re not as hard and durable as human teeth.

However, that doesn’t mean they’re soft or pulpy either.

They’re made of a bone-hard material called cartilage.

Tomia function like the teeth in mammals, but instead of chewing, they cut and tear food into small pieces when the birds are feeding.

These hard and sharp structures enable these creatures to even draw blood after biting someone.

What Do Geese Use Tomia For?

Therefore, to eat, they need to grip, tear, and even uproot their food.

They rely on tomia to perform this important function of feeding.

Geese have tomia on their tongues to help them to catch and hold live animals, insects, and fish when eating meat.

The ridges lining their tongue enable them to hold a struggling prey when it’s trying to get away.

Smooth beaks, even if hard, would be very inefficient in enabling the geese to feed.

In addition, without the serrated features in tomia, catching and holding insects, rodents, and other moving animals would be almost impossible for the geese.

They’re known for making noise when protecting their goslings.

They scream and hiss at people and other animals when they venture too close to their nests.

Geese aren’t shy and even attack people when they feel threatened.

They may chase, flutter, or even fly after people and animals which get too close to them or their nests.

They don’t entertain trespassers in their space.

They’re especially aggressive and hostile during the breeding season.

Males will attack a potential threat to the females, while the females will rigorously guard their eggs and goslings.

Geese have lived around people for years.

In urban centers, they’re used to seeing people get close to them, especially when feeding them.

However, that doesn’t mean they’ll tolerate people getting too close to their nests and babies.

Instead, they can bite with their beaks or aggressively flap their wings at their victims.

Most of the time, the attacks will end with no injuries.

However, sometimes they may result in minor injuries.

Severe injuries such as broken bones are rare, although they may happen, especially when someone falls.

Given that tomia can do some damage, it’s true that geese bites can hurt.

Although these injuries may not be serious, they can be painful.

In addition, though geese are like ducks, they’re larger, tougher, and more aggressive. Consequently, their attacks may be more threatening than those of bats and other smaller birds.

Do Geese Have Predators?

Snakes and larger mammals like raccoons and foxes feed on their eggs.

How To Avoid A Goose Attack

Although they’re not bothered by people, it doesn’t mean they won’t attack them.

However, most of the time, they attack due to a certain wariness when people get too close.

There’re many viral videos of geese attacking people on YouTube and other websites.

Some of these attacks are unprovoked, which shows that these creatures can be aggressive.

Although these cases aren’t serious most of the time, they demonstrate how uncomfortable these birds can get when humans stray too close.

Unfortunately, if you become a victim of a goose attack, here are some tips that can help you to manage the situation.

Although many people like treating animals with food, this may not be a good idea when dealing with geese.

These creatures get braver when they feed and are therefore likely to attack those holding food.

So if you want to avoid goose attacks, don’t feed them.

Chasing geese may appear like a good idea when playing.

However, this may not be the case.

Geese may feel threatened and attack people when children are allowed to chase them.

Therefore, whenever you are around these creatures, don’t let your children chase them.

Geese won’t tolerate intimidation in the form of yelling or making loud noises.

Although you can scare some animals using this tactic, this may not be the case with the geese.

When you behave aggressively, the goose may get provoked and attack you.

When you see a goose getting ready to attack you, don’t panic or turn around to run.

Geese may launch an attack when they see any signs of fear or stress on your face.

Turning around will only encourage it to chase you.

Sudden movements may also trigger the bird to attack you.

Instead, remain calm and walk backwards with your eyes on it.

How Do You Defend Yourself in Case of a Goose Attack?

When attacked by a goose, you shouldn’t let it land in delicate places.

It’d help if you protect your face and neck with your hands while backing away.

However, you should not run.

After a while, the goose will stop after seeing you’re not a threat.

You can move at a 90° angle whenever it launches to avoid the attacks.

If you suffer serious injuries, you should get medical attention.

How Do You Scare Away a Goose?

If you’re living in an area overrun by these creatures, it’s a good idea to devise ways to chase them away.

Here are some of the tactics that you can use to scare them away.

You can chase geese from your property by using sudden and surprising noises repeatedly using noise-making devices.

For example, you can use whistle bombs and propane cannons to produce this noise.

However, before using this tactic, you should check if the use of such devices is allowed in your area.

Geese mainly use their eyes to hunt small animals and insects.

Therefore, when you introduce many flags, eyespot balloons, and other items in your compound, the geese will leave. 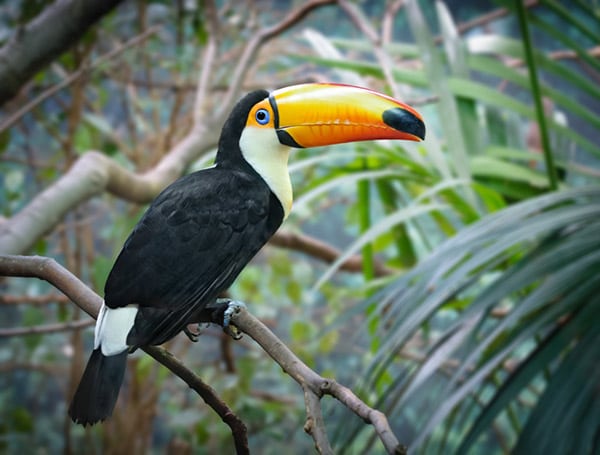 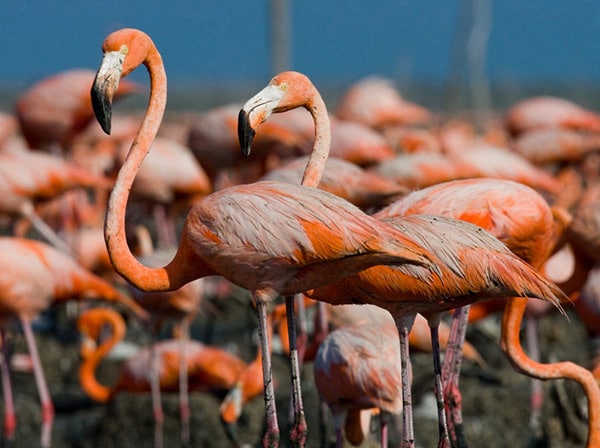 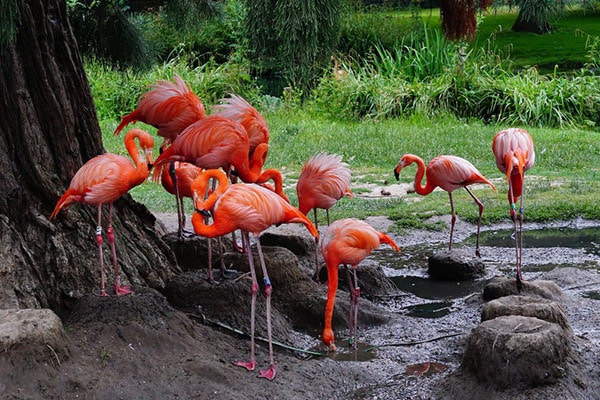 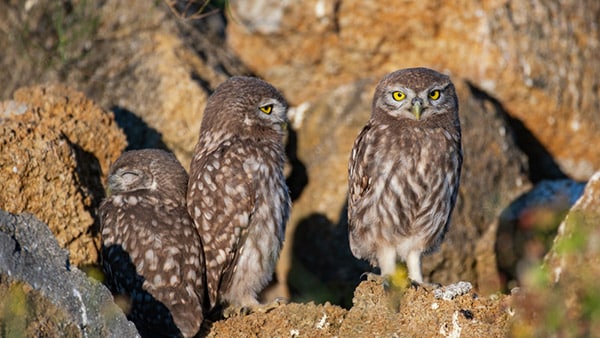