Many animals, including humans, have only one heart.

However, this is not always the case across the animal kingdom, and there are a few unique animals that have evolved with more than one heart.

While it may seem strange to us, to these interesting creatures it’s a necessity for survival.

Let’s take a look at a couple of the most interesting animals that live with more than one heart.

Most people are familiar with octopuses — also often called octopi or octopodes — but few people realize that they have more than one heart.

While there are numerous species of octopus, they all have evolved with three hearts.

One heart — the systemic heart — is used to pump blood throughout its circulatory system, similar to how the human heart functions.

However, the other two branchial hearts are used specifically to pump blood to the gills.

This system evolved largely because octopuses have a different type of blood than what we see in many other animal species.

As opposed to human blood, which appears red due to the high levels of iron in the hemoglobin that transports oxygen, cephalopods like the octopus have copper-containing proteins in their blood called hemocyanin.

Hemocyanin, when in contact with oxygen, appears blue, as opposed to red, and when not bound with oxygen it’s transparent.

As interesting as their blood is, hemocyanin is actually less efficient than hemoglobin when it comes to transporting oxygen. While this may seem like an evolutionary disadvantage, it actually isn’t.

Because early cephalopods evolved in low temperature, low oxygen, and higher pressure environments where hemoglobin isn’t as effective, their bodies changed to compensate.

Although hemocyanin may not be as efficient when it comes to transporting oxygen, it is more viscous and transported at higher pressures throughout the circulatory system.

Coupled with the evolution of three hearts, these creatures have evolved perfectly to suit their environments.

Along with octopuses, squids and cuttlefish have also evolved along this path as cephalopods.

The ocean sure does seem to produce some of the most interesting and alien creatures on our planet, and the hagfish certainly lives up to the term ‘alien’.

This slimy, bottom-dwelling fish lives at the deepest depths where oxygen is scarce.

Because of this, their four hearts have evolved in a very strange way.

They can continue beating without any oxygen for at least 36 hours.

Researchers have attempted numerous studies on hagfish hearts to try and better understand this phenomenon.

They found that in the absence of oxygen, the heart begins to use glycogen, which is stored in the muscles, as another source of fuel.

However, if oxygen doesn’t return after a certain point, it turns to another fuel source, glucose.

In one study, researchers gave hagfish glycogen, saline, and glucose to see if the hearts would react any differently.

They found that when the hearts were exposed to glycogen, the contractions increased significantly, even more so than with either saline or glucose.

Scientists currently hope that unraveling the mysteries of the hagfish hearts can help advance understanding of how to better treat heart attack patients and preserve human hearts that may have been oxygen-deprived.

All-in-all, the fascination with the four hearts of the hagfish doesn’t appear to be going away anytime soon, and for good reason.

Venturing out of the ocean, we come to the animal most commonly associated with fishing bait.

Depending on who you ask and how you define hearts, earthworms can be said to have either 0, 5, or 10 hearts.

Their ‘hearts’ reside near the mouth of the worm in five pairs.

Their heart organs appear to resemble arches, which is why they are termed an aortic arch.

As the earthworm draws oxygen in through its skin, the aortic arches pump the oxygen-filled blood throughout the body.

While this may not seem as bizarre or crazy as the hagfish or cephalopod hearts, it is an oddity that most people don’t know about.

Now, technically, a horse only has one heart.

However, there is a unique evolutionary trait that almost makes it seem as though it has five.

In order to move blood through the body and back to the heart, you need muscles, but horses have evolved with no muscular structure in their lower legs.

Because of this, blood would be unable to return to the heart if it weren’t for a unique trait.

Horses have what is known as a frog in each of their hooves.

The frog works to pump blood back up to the heart with every step the horse takes.

As the hoof is placed on the ground, the frog expands and when lifted it contracts to move the blood.

Using this unusual method of blood pumping, over a letter of blood can circulate through a horse’s body every 20 strides.

While considered a pest by most people, the cockroach makes the list of animals with more than one heart.

This creepy crawly is packed with what scientists used to think was a whopping 13 hearts.

The reality, which scientists later discovered, is that it’s one heart but with 13 chambers, so honorable mention I guess?

One thing I do know for sure is that whenever I see of these, I’m pretty sure I experience 13 heart attacks!

More Hearts are Better Than One?

While most species get along just fine with one heart, there are exceptions.

These five examples go to show just how ingenious evolution can be when it comes to circulating blood and keeping a species thriving.

While humans may never evolve to have more than one heart — medical procedure aside — creatures like the hagfish are helping researchers further understand how to care for and treat the human heart.

This just goes to show how even the strangest phenomena in the animal kingdom can help advance our understanding of our world and of ourselves. 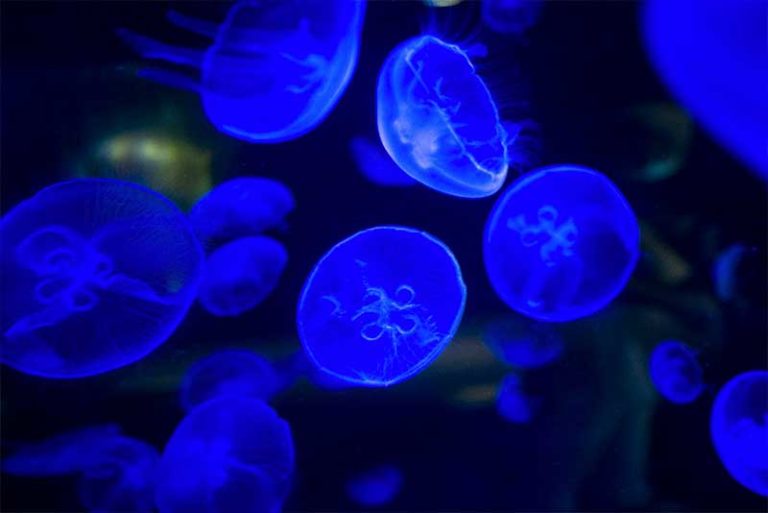